My friend Tara and her husband H. recently purchased their first home, and they graciously hosted this past Thursday’s Girl’s Night dinner at their new digs.

We started the night with some cheese, figs and meat treats from Salumi. I bought them at the Metropolitan Market in West Seattle, which has a robust selection of Italian cured meats. We tried four varieties: sopressata, mole salami, mollinari hot salami and finnochiona salami. 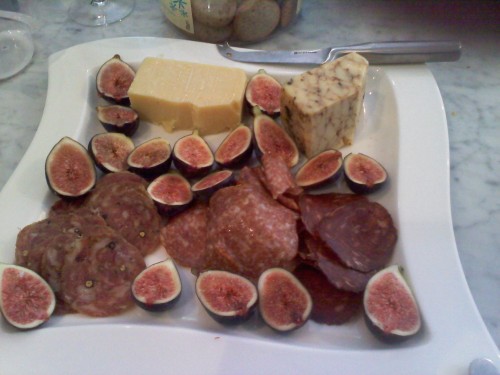 We had pan-seared pork loin for our main course and an interesting side dish–roasted baby carrots with black olives and garlic. 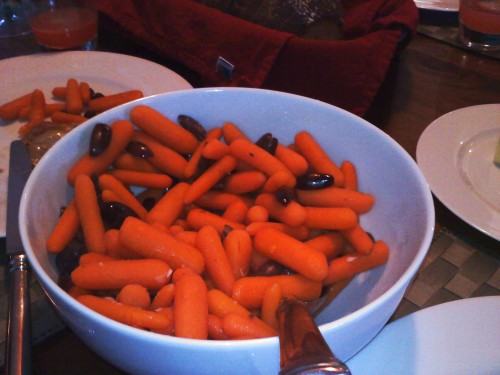 I didn’t think I would enjoy these three flavors together, but the sweetness of the carrots and saltiness of the olives complemented each other, and the garlic wasn’t overpowering.

In remembrance of the “lion of the Senate,” Ted Kennedy, Lynn made a commemorative cocktail. It consisted of light rum, bitters, lemon juice, grenadine and powdered sugar. According to the recipe, it was called the “White Lion,” which was very confusing because the drink is actually pink.

Mahnaz made a pudding dessert with bananas and vanilla wafers from Trader Joe’s, which she claims are far superior to the classic NILLA Wafers. I call for a blind taste test! And plenty of milk.